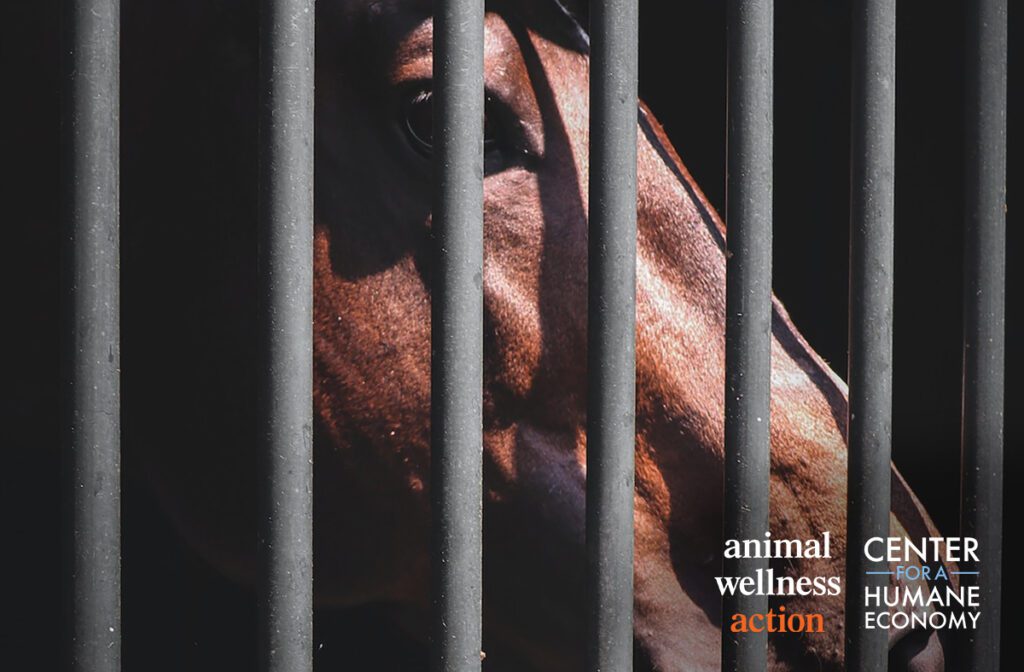 Updates on the Corona Virus and The Bear Protection Act

American horses and horseracing itself are in peril, and horses are dying on tracks every week as a result of the overuse of medication and doping that runs rampant in the sport. But that’s not all — many racehorses that can’t fit the bill or withstand the pressure to race anymore are discarded, thrown away, and sent to slaughter in Mexico and Canada to end up as a slab of meat on foreign dinner tables. That dirty business of horse slaughter has been at work killing our horses for decades.  In the late 1980s,  even Ferdinand, a former winner  of The Kentucky Derby, was butchered for meet after his racing career ended.

But there is hope, and last week the U.S. House Committee on Energy and Commerce took action by holding hearings on H.R. 1754, the Horseracing Integrity Act, and H.R. 961, the Safeguard American Food Exports (SAFE) Act. The Horseracing Integrity Act would end the rampant doping in the sport by banning the use of drugs on race-day, and granting the authority to create a uniform national standard for drug testing, rulemaking, and penalties to the U.S. Anti-Doping Agency (USADA). Animal Wellness Action led the charge to protect our iconic once again, by testifying in support of both pieces of legislation — here’s our testimony and here’s the replay of hearing. In addition, we’ve built a landing page on the Horseracing Integrity Act so that you’re able to see what Members of Congress and media outlets are saying about the legislation.

Today’s episode addresses both of these measures as host Joseph Grove, and AWA executives Wayne Pacelle, and Marty Irby are joined by longtime horse industry leaders Arthur and Staci Hancock, proprietors of Stone Farm in Paris, Kentucky. The Hancocks have been calling for reform on both these issues, and as the owners of multiple Kentucky Derby winners, they have the cachet to do so with major effect. Staci and Arthur, who are also leaders of the Water, Hay, Oats Alliance (WHOA), have said that they are trying to save the industry from itself. They have special insights as people who’ve made their livelihood from horse racing.

The Animal Wellness Podcast is a weekly segment that not only delivers timely information but offers insights and analysis you won’t hear anywhere else. We’ll offer in-depth discussions of local, state, or federal policy and elections, and the effects of laws and regulations on corporations. We hope you’ll listen today, and also check out Episode 6: The Role of the USDA Checkoff, Problems in Harming Animals and Family Farming in the U.S.  Episode 5: Fighting a Diabolical Plan to Round Up Tens of Thousands of Wild Horses. Episode 4: Big Cats: Endangered in the Wild and in Danger as Captives in the U.S., Episode 3: Michael Vick and the Continuing Battle Over Animal Fighting, about the renewed attention on convicted dog-fighter and NFL player Michael Vick and implementation of the latest animal fighting law, Episode 2: Shark finning, horseracing, and the PACT Act that includes a layered discussion of how the committee process works and why it’s so difficult to even get common-sense measures into law. If you missed our first episode, you can listen here: Episode 1: 2019 Victories for Animals.

Just Out of the Gate, HISA Already Fails a Transparency Test

Congress is Running Out of Time to End Doping in Horseracing