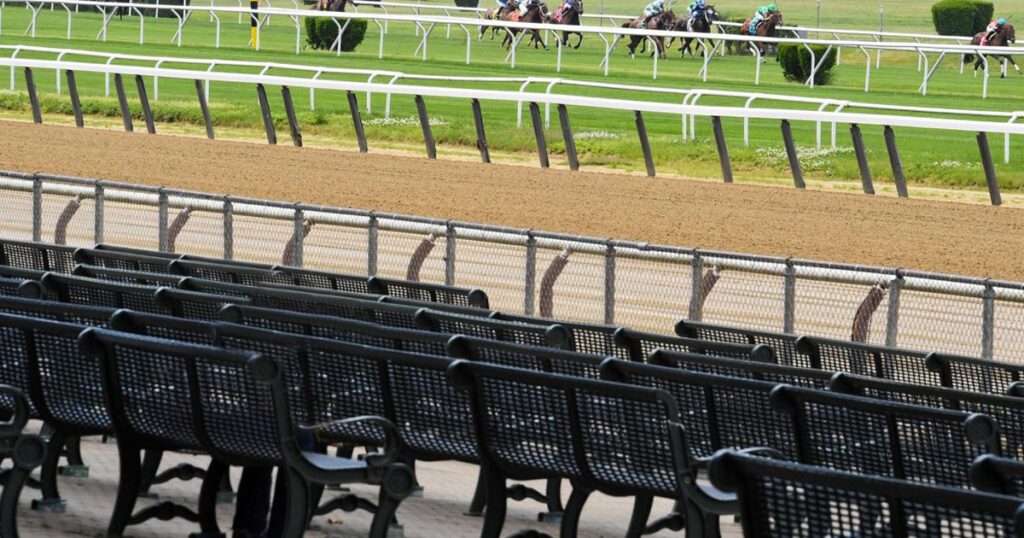 Congress is Running Out of Time to End Doping in Horseracing

Tomorrow Marks the Running of the 152nd Belmont Stakes

In 1900, New York City broke ground on America’s first subway, an innovation that came at the dusk of the Gilded Age and the dawn of a new century. Two decades before automobiles became a must-have, New York’s subway system provided speed, reliability, and more reliable transportation for laborers, businessmen, politicians, and families. It also provided some relief for countless American horses who did the slogging work of transporting people and goods locally and even on long-distance travel.

Development of the subway project was a revolutionary feat and financed by the Interborough Rapid Transit Co. under the leadership of August Belmont, II, an avid horseman and the very first president of The Jockey Club — the Thoroughbred breed registry founded in 1894. According to Belmont’s obituary in Time Magazine, he “is credited with having saved thoroughbred racing when it was at its lowest ebb in the East, after the repeal of the racing law in New York State.”

At the same time the subway project was making way, August Belmont joined by William Collins Whitney — President Grover Cleveland’s Secretary of the Navy — broke ground on Belmont Park that opened in 1905 in Elkmont, just outside of Manhattan. The park became the permanent location of the Belmont Stakes, the famed third and final leg of the Triple Crown of Thoroughbred horseracing created decades earlier by Augustus Belmont, Sr., the Chairman of the Democratic National Committee from 1860-1872. Politics and horses have run together for a very long time.

Tomorrow marks the running of 152nd Belmont Stakes in Elkmont, under very unique circumstances. With COVID-19 still a top-of-mind concern, Belmont Park will be the first leg of the Triple Crown this year, and it will run without spectators in the stands.

COVID-19 is a threat to horse racing. But there’s a different silent killer that’s even more of a threat: race-day doping of horses to enhance performance and scramble the results of fair racing.

In fact, over the past year, we’ve seen more than 500 horses die at American racetracks, and the body count climbs every day, more than 20 have died at Belmont Park this year. Our tracks are turning into crash sites. Unscrupulous trainers that drug horses are not only putting animals and jockeys at risk of life and limb, but also, they are rigging the system and making a mockery of anyone who bets based on their knowledge of the athletes involved. The betting public will no longer tolerate the racing industry’s drug addiction, and it’s time for an intervention.

That’s why Animal Wellness Action is backing the Horseracing Integrity Act, H.R. 1754/S. 1820, that would protect American racehorses, by banning the use of drugs on race-day and establishing a national, uniform standard for drugs and medication in U.S. horseracing. It would also grant drug rulemaking, testing and enforcement oversight to a private, non-profit, self-regulatory independent organization managed by the United States Anti-Doping Agency (USADA) — the governing body that runs the Olympic anti-doping program — all at no cost to the taxpayer. The bill’s led by Reps. Paul Tonko, D-N.Y., and Andy Barr, R-Ky. — who represent two of the largest districts impacted by the legislation: Saratoga Springs, New York, and Lexington, Kentucky — in the U.S. House, and Sens. Kirsten Gillibrand, D-N.Y., and Martha McSally, R-Ariz., in the U.S. Senate.

The bill’s supported by every major animal group in the nation, garnered a hearing in the U.S. House of Representatives that I testified at in January, and was making great progress until the COVID-19 pandemic hit, but it’s stalled in its tracks as Congress continues spinning its wheels, and getting very little done to help animals in 2020. But there is hope thanks to a new House Rule that affords any bill with 290 House cosponsors (a number that represents two-thirds of the chamber) the opportunity to move to the House floor for a vote, and we’re very close with 253 cosponsors to date — only 37 away from the mark. This process has proven to work before and was utilized to pass the Prevent All Soring Tactics (PAST) Act and Preventing Animal Cruelty and Torture (PACT) Act last year.

In order to hit the 290 cosponsor mark, we need your help. Please contact your Members of Congress today by clicking here and asking them to cosponsor the Horseracing Integrity Act – your direct action will help determine the fate of the horses whose lives we continue to work to make better each day.

Marty Irby is the executive director at Animal Wellness Action in Washington, D.C.